DAVID SHAWN SMITH
As business owners, partners and employee’s many of us understand the importance of good leadership within a company. However, over recent weeks we have heard several reports eluding to poor leadership practices taking place within a major and emerging driving company, Uber.

What’s going on at Uber?

“Finding the way. Creating possibilities for riders’ drivers and cities” is the headline that features on Uber’s company bio page. However, recent events would perhaps lead us to believe that possibilities are in fact being reduced for drivers employed by Uber.

​Below you can see the video for yourself:
Mr. Kalanick can be seen arguing aggressively with the driver who told him that the pricing and changes within the company, combined with competition from Uber’s new option (Uber X) had forced drivers like himself to go “bankrupt”.
“I’m bankrupt because of you,” says Mr. Kamel in the video “You keep changing every day.”

Mr. Kalanick responded by calling his concerns “bullshit” and became angry and irate.  He then continued, “You know what? Some people don’t like to take responsibility for their own shit. They blame everything in their life on somebody else. Good luck.” At this point he gets out of the car.

The emergence of the video came just days after two former Uber employees published allegations of sexual harassment at the company. They both claimed that their reports had been ignored by HR.

There are several things we can draw from this story. Firstly, there's the importance of emotional intelligence for company management. This is the ability to be aware of, regulate and control how one expresses their emotions. Mr. Kalanick evidently lacked this in the video. Better management of these concerns (for example allowing the employee to file a complaint and commissioning appropriate investigations) may have stopped the situation from escalating into the big media story it has become – ultimately being better for Uber’s company image.

Secondly, we learn the importance of running a business that looks after its staff at all levels of employment. Essentially, Uber’s drivers are the face of their brand. They are the people who interact with Uber’s client base. Keeping their drivers happy, in good working conditions and providing them with reasonable pay is, therefore, essential for maintaining loyal, quality employees who with interact well with clients. Despite this, less than half of Uber drivers report being satisfied with the company. This is not good for business! Also, it costs money to create campaigns in order to recruit new drivers. Surely it would be better for Uber to focus on employee satisfaction and retention than to spend money recruiting like crazy to replace unsatisfied drivers – because the new ones will probably leave too!

All this eventually boils down to the company culture and values of Uber. Company culture refers to how company employees and managers interact with each other and outside the company. It’s like the personality of an organization. It’s about how members of a company treat others. Chief Executive, Travis Kalanick, has a reputation for being a merciless cut-throat leader. This is reinforced by the video. “One of the complaints you hear from drivers is that Uber looks at drivers as just another number on the spreadsheet,” says Harry Campbell, founder of The Rideshare Guy. That’s not a positive or healthy way to run and organization.

Finally, we ask, how can you use Uber’s story to improve leadership within your own company (and, indeed, in our day to day human interactions)?

It starts with owning your mistakes and acknowledging one's weakness. After the release of the footage, Kalanick did turn around and apologize to the driver. He admitted that he was in the wrong and said that he needed to “grow up”. Kalanick admitted that Uber as a company was experiencing some leadership problems and identified that he needed leadership help. This is a great first step for any company experiencing problems. It may be hard to admit that the company leadership needs a bit of a shake up, but in the long run, this realization will help you to improve your business’s performance.

The other thing you can learn is the ways in which one can go about getting leadership help. Young business leaders who find themselves in a situation like this often turn to older more experienced CEO’s for advice and mentorship. Another thing you can do is start by looking at yourself. Recognize that leadership is a skill and take an appropriate course to improve your skills as a leader. The other thing that is worth considering is the importance of involving people from all levels of the company in management meetings and decisions. Think about having people who know what it’s like to work on the ground with the client base represented at some of your managerial meetings. They can raise concerns and possible solutions. Ideas raised may not always be possible, but they are a starting place and a valuable insight into how the business does and can operate.
Header art by T. Guzzio. 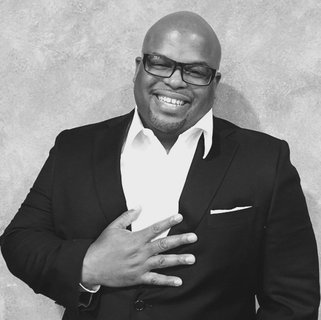 David Shawn Smith is a native of Memphis, Tennessee who has lived in Atlanta, Georgia since the summer of 1999. After working extensively in human resources in the corporate world, he took a leap of faith and opened I Speak Life Coaching in 2007. David specializes in the areas of communication and interpersonal relationship skills, conflict management, goal setting, and organizational development. His clients include business owners, universities, non-profits, and faith-based organizations and community leaders. David has a degree in Communications and Rhetoric from Oglethorpe University, and he is currently working on a Master's Degree in Leadership and Coaching from Bellevue University. In addition to Prodigal's Chair, David's work has appeared in Creative Loafing, as well as countless other on-line publications. Connect with David on Twitter and Facebook, and via his website: http://www.ispeaklifecoaching.com.