I'M THE ONE WHO GOT AWAY 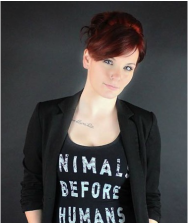 Christine Collins. Photo by AshliMishel Photography.
Nobody ever quite prepares you for your career.

Of course as a child you’re sure you wanted to be a doctor, or a fireman, possibly a police officer. The options seemed endless then. But nobody quite tells you the difficulties you could face should you choose a certain path. I’m assuming it’s because they didn’t want to crush your soul, or maybe because they thought you’d look adorable dressed up. I don’t think that’s the case. We all know how unflattering most uniforms are (unless you’re a stripper, those outfits are generally meant to be “flattering”).

I grew up in a small town in the dead center of northern New York. Normally I wouldn’t use “dead” to describe the middle, but that’s exactly what this town was. Dead. In the winter it would reach 40 below zero, and in summer it could crest over 100 degrees. We all lived for those 2 months of summer.
I was predominately raised by my grandparents, but I moved in with my father as I became a teenager.  You could say my childhood was troubled. I was met with seemingly endless hurdles. But I just wanted simplicity, and to feel like I belonged somewhere. So, I never really knew what I wanted to be when I grew up, except for on my own.

In the summer of 2002 I was 14 years old and riddled with issues about fitting in at home and at school. I would often go for walks around town to clear my head and to hopefully find some solace. Instead I found a punk rock show at the local youth center – appropriately named The Getaway – and I joined the teenagers flocking to the door.

I wasn’t quite sure what to expect. There were spikes, leather coats, mohawks, multicolored hair, and kids thrashing about in the middle of the room. I thought, “Who are these people? Why are they all flailing like that? How did they get their hair to stand up so well!?” I was a fish out of water. I did not look the part, and I began to get nervous as I took in the room, my insecurities kicking in. But I had caught someone’s eye, someone who – without hesitation or judgement – motioned me in further. As I stepped forward, it occurred to me that these kids didn’t judge me the way I had judged them. None of them seemed to look at me and wonder where I had found such an odd shirt. It was then, in that venue that I fell in love with music and the acceptance it brought into my life. 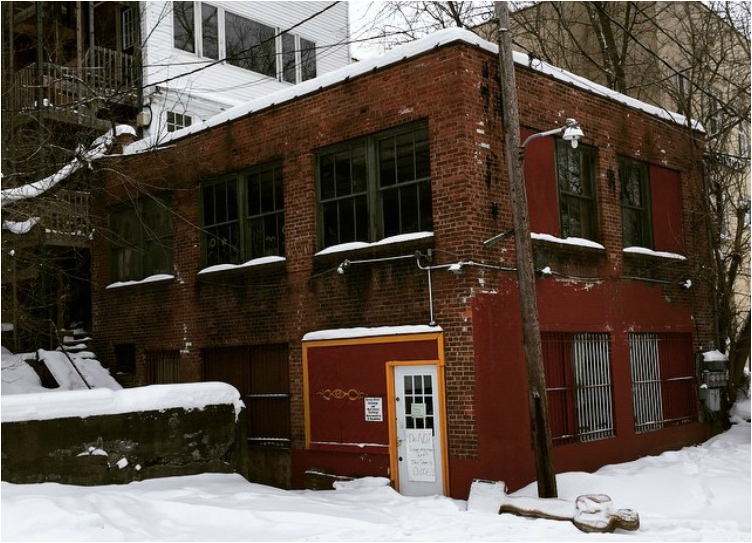 The site of the Getaway Youth Center today. Photo via the author.
That’s when I found the path that would lead me to my career. My company, Regeneration Media, works within the music industry. We look to manage, market, and support up-and-coming artists so that their music – their art – can reach and connect to people like the girl I was. A bulk of my work is spent with placement, psychology, branding, and marketing, but so much more of what I do is outside of the business aspect of running my company. I focus myself on helping other people meet their potential by pushing them to approach their dreams with fervor and fortitude. The same feelings that were instilled into me that night in The Getaway drive how I do my work. Now, I’m in no way insinuating that if you go to one of our punk rock shows you’ll learn all these wonderful things and approach life renewed and bountiful. But I have a passion for uniting those who chase their dreams with those who dream of comfort, or of escaping a harsh reality.

In the news today you’ll read about hate crimes, violence, anger, judgement, disrepair in our society. Occasionally we see a glimmer of hope when someone does an act of kindness, but it seems like people today do these more for the attention that can be drawn to their endeavors. If anything, I feel like diversity is expected but not tolerated both in the world and in today’s music and social scene. This is a total shame as those within the music industry share a tool that has united, and at times divided our cultures. That tool is passion.

When you can share a passion with someone you lessen their fear of the differences in others. I have met some of the most kindhearted people within the music industry. I have also met their counterparts. Bearing your hands and showing your passion for music – letting someone acknowledge you are human – opens the door for not only an expansion of potential but for appreciating differences. The root of all hatred and intolerance is fear. The opposite of fear is love.

My binding-agent to acceptance, to really opening up to the world, was music (and punk rock, in particular). If I hadn’t been welcomed into The Getaway so warmly, I may have never reached for and found my potential. Promoting shows, managing bands, starting street teams – these weren’t things some guidance counselor said I could and should do. But, I started doing them while I was still in high school; with the support of the people I met at that show. I was accepted for who I was, and encouraged to grow in spite of my situation. The things that got me picked on in school were also the exact traits that I needed to develop my business. I never hated those who picked on and bullied me, and to this day there are still people like them. I just remind myself that they are different.
Even as I approach my 14th year within the music industry, my strongest weapon is still my passion.  Instead of encouraging others to be hateful or judgmental, I reach for their passion. What brings them to the stage? What is it that they really want to accomplish while they have the attention of their fans? I want them to embrace their drive and succeed, to feel motivated by who they are and the messages they bring through their art. Within the music business I meet countless people who are doing what they do simply for the money. They’ll let someone shady into the market and then they will “sell” that artist and their negativity at any cost. Musicians can be bad people, and a lot of those bad people have a person like me behind them.
Header art by T. Guzzio. Original photo by D. Lee. 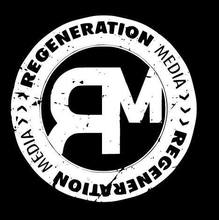 Christine Collins is the owner of Regeneration Media, Director of PR and Marketing for The Lafayette Agency, a contributing writer for New Noise Magazine as well as Rokbiz Solutions, and is a member of the board of Directors for the North American Independent Rock Music Awards. Having grown up in the heart of the Adirondacks in a small town called Saranac Lake, Christine is self taught and garners her knowledge through experience. With a head tip to old school ways, and a creative delivery, Christine has managed to become increasingly successful in her endeavors at the ripe age of 27. The Getaway Youth Center opened the door to her career in the music industry when Christine was just 14. Despite the inevitable setbacks that come with running one's own business, Christine remains entirely positive and hopeful that coming together will not only strengthen the music community but open the doors for a new level of growth. Follow her on Twitter @UpstateCCP.