PROBLEMS OF DEMOCRACY: required course for all seniors in the columbus public schools, ca. 1960

“A system of government by the whole population or all the eligible members of a state, typically through elected representatives."
- Democracy defined, Oxford Living Dictionary

"Negroes have proceeded from a premise that equality means what it says, and they have taken white Americans at their word when they talked of it as an objective. But most whites in America…proceed from a premise that equality is a loose expression for improvement. White America is not even psychologically organized to close the gap — essentially it seeks only to make it less painful and less obvious but in most respects to retain it."
- Martin Luther King, Jr.,  Where Do We Go From Here: Chaos or Community?  (1967)

"Most Americans see inequality — and the racial habits that give it life — as aberrations, ways we fail to live up to the idea of America. But we’re wrong. Inequality and racial habits are part of the American Idea. They are not just a symptom of bad, racist people who fail to live up to pristine ideals."
- Eddie S. Glaude, Jr., Democracy in Black: How Race Still Enslaves the American Soul (2016)
*** 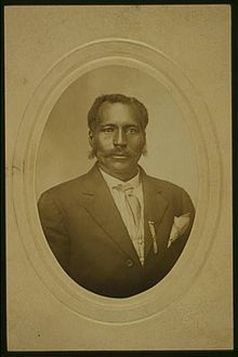 Mr. Crawford in 1910, six years before his murder. Photo via Wikimedia Commons.
The defining moment in my mother's life, other than marrying my father and my birth, occurred on October 21, 1916. On that date, a neighboring farmer who, like my grandfather, was a self-sufficient property owner who happened to be black, who was born in the waning days of slavery, and who, by all accounts, was living the American dream insofar as possible for a black man in South Carolina in the early twentieth century, took his cotton crop to sell at the market in Abbeville.

Anthony Crawford knew the going price for cotton, so when he was offered less than white farmers, he challenged the white buyer. Words were exchanged which drew the attention of nearby whites. The sheriff intervened, arrested Crawford for cursing a white man, more likely to get him out of the grasp of the growing mob which eventually prevailed.  Crawford was beaten, tied to the back of a buggy, dragged through town, hung from a tree, and shot over 200 times. His family was driven out of town, his assets dispersed, illegally of course. Who dared confront the way things had always been? To escape with one’s life was enough.

[Anthony Crawford's murder can be researched on line, including the installation of a commemorative plaque in Abbeville on the 100th anniversary of his death in 2016.]

My mother simply said, "In Abbeville, they lynched a man and dragged him through the streets. After that, we went to Anderson [next town in the opposite direction from Abbeville, and farther away] to shop and do business." A couple of sentences or so, told matter of factly, without drama but often enough to sit at the top of my baggage bag.

I imagine my grandparents gathered in their comfortable home, surrounded by their eleven children, speaking in soft voices, acknowledging that there but for God's grace we go. This terror, unfathomable to whites then and now, factored into every decision, every breath: where to go, when to go. How to stay in one’s place. How to be a human being. How to be.

Years after Anthony Crawford’s murder, returning from church late one evening, I dozed comfortably next to my mother in the back seat of my uncle's classy new Studebaker.  Mama and two of her sisters told stories, laughed, relived the day’s worship and adventure. My uncle zipped along the winding two-lane dark country road. Everyone was happy.

And then sirens and flashing lights.

Talking stopped, abruptly. The deputy, or sheriff (the only certainty: he was white) barked at my uncle to follow him. We drove deeper into the dark night, dank as only a southern August night can be.  At that moment in my childhood, Anthony Crawford’s story was not yet indelibly engraved in my soul. When older, I understood that for Mama, Auntie, Aunt Lilla, and Uncle Ed, the possibility and proximity of lynching were foremost in their minds.

We stopped in front of a tiny, poorly lit building. Uncle Ed followed the deputy, or whatever he was, inside and was gone a long time.  In my child’s mind, hours. Still, no one talked.  Even when Uncle Ed finally returned, a veil of silence hung in the car the rest of the way to Spartanburg. I do not know what price he paid.  As I grew older, I understood that he was allowed to live, most likely with a warning. “Niggers who drive new Studebakers need to stay in their place."
***
In 2016, we theorize about epigenetics and the weight of remembered and inherited trauma.  I expect most African Americans of my generation have such stories etched in their psyche. The experiences of black ancestors are codified, handed down to our children, cannot be untold, unremembered, erased.  History books make no mention of Dorothy Malcolm or Emmett Till or James Byrd or Viola Luizzo. The uninformed need only look into the life of Ida B. Wells Barnett, or browse through the photography and text of www.withoutsanctuary.org to educate themselves if they choose.

If this seems like an ancient world, know that it is only the barest fraction of the story, that it is as fresh and recent as yesterday, can be anticipated and predicted for tomorrow. On this day, we say the names of Kendra James, Sean Bell, Alton Sterling, the tiniest tip of an iceberg of sanctioned murders of black men and women. Since the "election" of Donald Trump as so-called president of the United States, an election white supremacists embrace as their coming out party, at least two murders of black people by non-law enforcement agents can be attributed to the increased public boldness of those who hate us. On Monday evening of Thanksgiving week, 2016, James Means, a fifteen year old black kid was hanging out with friends when they passed a white man, 62 year old William Pulliam.  It matters not who bumped whom. In confessing to killing James, Pulliam told detectives, "The way I look at it, that's another piece of trash off the street."
***
And yet, you would have me speak of democracy,  democracy that abhors community even as it descends into chaos. Democracy that neither knows nor cares about the daily realities of black people in our parallel universe. Perhaps more than anything else, the 2016 presidential election has vividly revealed just how wide is the chasm between white American ideals and the lives of those who are other. In symbolic protest, safety pins briefly replaced Paris and Orlando profile pictures (Haiti was mostly a black thing) on social media. The proliferation of petitions and surveys do little or nothing other than soothe the angst of the privileged. “I did something.” Pantsuit Nation, knowing nothing of the racist history of the women's suffrage movement or the day to day realities of 21st century black life, organize marches to oppose the new (to them) reality, only to find that their alliance with women who look like me has been mostly in their own minds.

Social media posts about respecting the process, uniting behind the "president-elect" because we are "all Americans" have declined as the realities and ramifications of this election sink in. Perhaps, as the affronts of cabinet and staff appointments and policy intentions become more and more untenable, the would be collaborators reluctantly awaken. Although some who did not vote for this candidate (I don’t think) insist “Give the man a chance!” those voices are gradually silenced by a sideshow they never anticipated.

Friends, colleagues and strangers settle back into the sanctuary of white life ("We'll get through this,” even as they continue to wring their collective hands). Change in the day to day lives of ordinary white people in the United States will be barely perceptible. Meanwhile, incidents of hate based harassment reported to the Southern Poverty Law Center and the United States Attorney General’s Office approach 1000 since the Wednesday following the election. How many unreported?

Terror is a powerful censor.
***
What is this democracy of which you speak?   While whites relish the simple optimism of Dr. King’s “I Have a Dream” speech and trot it out once a year to embrace its feel good platitudes, they are rarely familiar with his more prophetic and even damning treatises on the United States. Where Do We Go From Here? is one of many such texts and speeches in which he challenged white America to acknowledge and attend to its hypocrisy. At his death, African Americans could embrace Dr. King’s accomplishments which enabled us to fulfill the American version of democracy by voting, a right established for black men in 1868 by the Fourteenth Amendment but denied to generations until the passage of the Voting Rights Act of 1965. But, prophetic as always, Dr. King understood that the rights of blacks in this democratic society are fragile, subject to the whims of  governing bodies and the citizens who democratically vote for them. Gutted by the Supreme Court and dismantled by state legislatures, the Voting Rights Act for which people died may yet devolve into lip service. Laws do not win hearts and minds.

Sixty five or so years ago, in the midst of the fears and threats of Communism, under the shadow of the Iron Curtain and the ever present Red Scare, the public schools in Columbus, Ohio (and perhaps elsewhere) required every ninth grader to complete a course in Civics and every 12th grader to pass a course entitled “Problems of Democracy.” We learned the Constitution thoroughly and memorably.  We did not, however, examine the inalienable truth that the Founding Fathers of these United States, even as they fathered children by the women they enslaved, did not extend democracy to all.  Democracy began as a white ideal, intended for whites, embraced by whites. The concept that “all men [!] are created equal” never considered that the stolen children of Africa might one day demand to be included. The results of the 2016 presidential election and the embrace of freedom stifling principles for all people of the United States comes as no surprise to my people. That it is so surprising to whites (“How did we get to this point?") simply emphasizes how much they take the privilege of democracy for granted, and how little they know of the history and present of my people in this country.

​An active police officer in a community not far from mine publicly posts that Tamir Rice, the 12 year old boy murdered by police in Cleveland, deserved to be killed. He dismisses oppression as an excuse by “people who are too lazy to go out and get an education or job. They would rather live the thug life by dropping out of school, selling drugs, robbing stores, and carrying guns.”  He speaks for many and I know his vow to preserve and protect does not extend to me. Your democracy was never mine, nor does it seem it ever will be.
Header art by M. Guzzio & T. Guzzio.

Levelland Snow is the pseudonym of an African American woman, an elder, a professor, living and teaching north of Boston. She is a native of Ohio and her ancestral home is South Carolina.