If at birth we were allowed to choose all the parameters that would define our life, what would we change? Would we choose the same family, group of friends, career path, or even the same country?

It was the Fourth of July, 1993 and I was at a party given by Bosnian refugees I had helped resettle in the United States the previous year. As I looked around, I noticed I was the only social worker that was part of their resettlement team who was there. In fact, I was the only American.

I wriggled my toes in the grass and thought about freedom, and the choices people have to make for that very privilege. I thought of the refugee in my own soul. Hadn’t I left everything familiar for the freedom to choose a better life?

Just a year ago, I had to explain what fireworks were to two refugees after they dived down to the ground and covered their heads in the middle of the street thinking they were being bombed. Their war wounds were not yet healed, and the fireworks scraped away at their still fresh battle scars.

Many times as a social worker I would go through hoops giving guidance and support to people who tuned it all out. My experiences led me to believe that the majority who sought my counsel really were not interested in taking it. Still, when the one year grant position came along from the State of Connecticut to help resettle refugees, I decided to take the job. Although helping displaced persons ease into a new environment was not part of my area of practice, I soon learned I was good at it. These refugees however, ate up every bit of advice I gave to them. In retrospect, this brief one-year departure was some of the most gratifying work I would do in my lifetime. 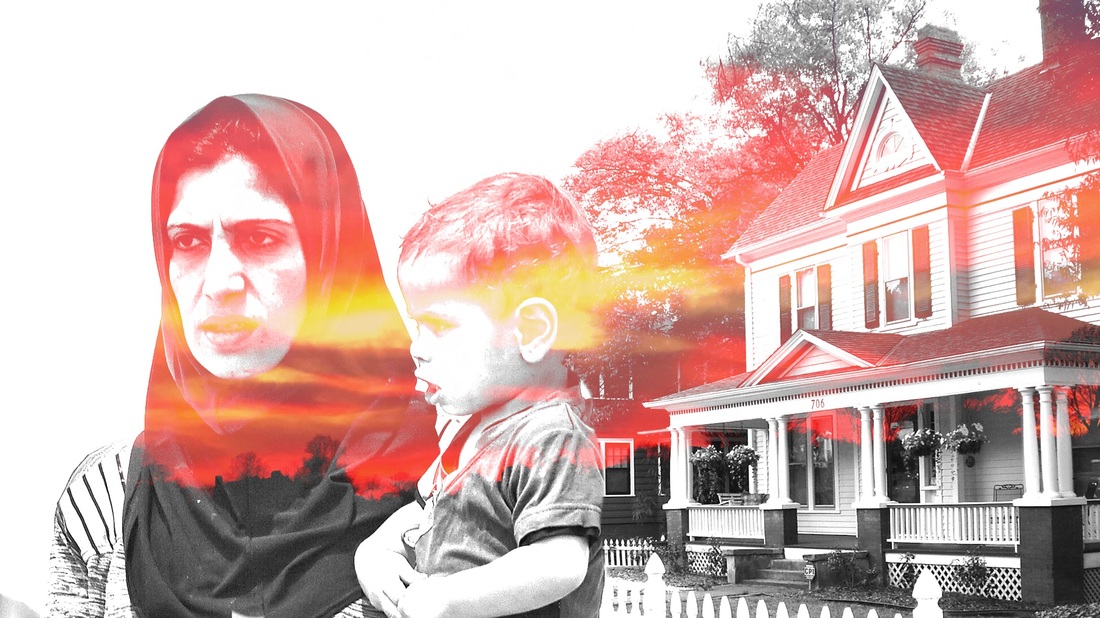 This composite image was created by T. Guzzio. Original photos by S. Baldwin (refugee mother and child) and via Wikimedia Commons (home).
In the early 90s my children were teenagers who often thought my advice insignificant, so these refugees hanging on my every suggestion was an extra bonus that balanced my life. They wanted freedom and to have a better life, and saw my guidance as part of a means to that end. Soon through them, revelations about my life and my struggle to be free from my past became clearer.

I too left everything familiar so long ago to create the life I wanted. To become free from my past was the gift that now helped me relate to their current circumstances.

I never was really aware of the pain and suffering in the world outside my own life. Yes, I watched the TV news and read the newspaper. Yes, I cared about all of it, but it was far removed from my daily life.

Nestled snuggly into my Connecticut shoreline home when I took the job, I never knew how close to the world and its suffering I would become. Yet, at the same time, I realized how far I had traveled away from my own suffering.

When I took the job, I thought, “I’ll sign them up for English as a second language classes, fill out food stamp applications, get them apartments, find them jobs.” Yes, I did those routine things, but not before I learned of their torture and pain. I prided myself on being strong, but when I would pick these clients up at the airport, some who were still bloodied and beaten, I realized what strength really was. Some were recently raped, or had seen their family members shot in front of their eyes, and some were malnourished near death. I realized I was a very small fish in a big pond of survival techniques. The world was not far away, but as close as the next trip to the airport; as close as a new client’s story.

I was a social worker, a paid listener, and so I listened, and I learned a lot. I resettled people from many countries – Russians, Albanians, Haitians, Africans, Asians, but mostly Bosnians. There was a war in their country. They poured me strong coffee and insisted I drink it through a sugar cube in my mouth. At the risk of ruining my teeth I complied. I was using an interpreter to communicate, and part of establishing trust was my respecting their customs, as well as a providing a sympathetic ear. So I listened with understanding and patience as they told me their struggles for freedom.

Telling their story was necessary to heal. It was a gift to listen and be a part of something bigger than myself. Freedom was their motivator as it had been mine. If you scraped away the differences, and see everyone’s scars, you discover we all need to be free, no matter how arduous the journey. I was a stepping stone on their journey; a hand to grab and hold onto for safety. I gave them salve to help heal the wounds, and it was my honor.

A year later and they were celebrating Independence Day. They had jobs, spoke English, and some even had cars. They were smiling and proud. They were shaking my hand, telling me how grateful they were. They are no longer afraid of fireworks.

I thought that I should thank them. Through them, I had come full circle. Through them I realized I too had been a refugee. I left all my family, friends, and familiar surroundings to start a new life. Years later, there I was trying to help others do the same.

Sometimes I think of them, the refugees I met, and wonder if they are still doing well. I wonder if telling their stories helped them be free, or if their past still haunts them.

​I write this knowing we have a world full of terrorists, full of wars. I wonder what crosses people around the world, including my children here in the US, will have to bear. I hope they find a way to tell their stories, to have those stories lift them to freedom. I hope they eat some ice cream, and wriggle their toes in summer sandals on a Fourth of July as they watch fireworks.
Header photo by T. Guzzio. 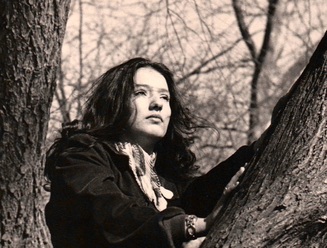 Cathy Weiss lives in Connecticut with her husband Seth. Having lived a life rich with experiences, and blessed with two wonderful children, she has written a memoir. This story is an excerpt from Armored Oxfords, due out in the Spring of 2016. Cathy’s professional career has spanned over 25 years in health and social service settings. Currently she enjoys pursuing her creative passions through writing, art, and dance. This photo was taken when she was in college. An instructor during her internship at Roswell Park Memorial Institute entered it in a photo contest. Cathy thought it fit the story, and it also will appear in Armored Oxfords. She is available to speak to women's groups, and to children at risk. You can contact Cathy at cathy_weiss@yahoo.com.